Friend, I’m glad you’re here. I’ve updated and refreshed this post, and you can find it here at this new link: How to Handle Life Better When God Changes Your Plan

So sorry about the inconvenience of having to double-click. If you’re here from Pinterest or a Google search, I wanted to make sure you get the encouragement you need right now, so I didn’t want to take this post down because people continue to visit it.

In my new post, you’ll find some hope and help for your unplanned and unwanted changes in the form of 4 scriptures and 4 steps to take to keep moving forward with God.

Hope to see you there!

I believe overwhelmed women can learn to take small steps to experience more of God's presence and power in their lives. When we hear God's voice through His Word, He calms our fears and frees us to receive His peace and joy. Read More… 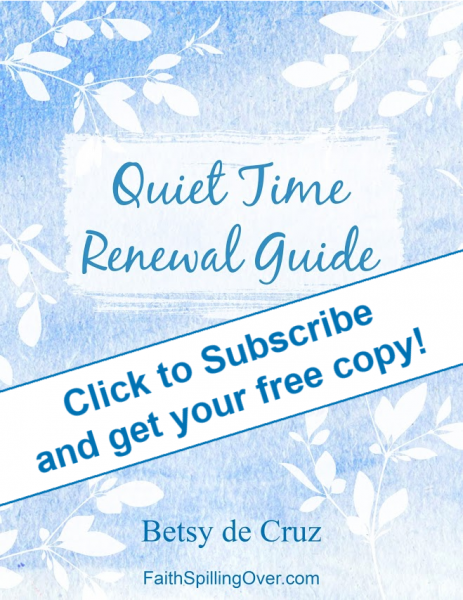 So excited to see my friend Lisa's book in print t

Taking time to cultivate some joy on a Sunday afte

Helping refugee kids believe in themselves and the

I remember the first time I seriously doubted God

Even a winter storm has its beauty. ❤❄️ Now

February 3 is a good day to begin again, right? I

I love to read the Bible, but nothing makes my eye

I'm starting 2022 feeling like I'm a beginner on s